It is a natural phenomenon that every powerful and influential human tries to dominate over others.

This person may be influential on his wealth, power, military, knowledge, and religion. The same is the case with the countries of the world.

Like people, there are different countries in the world that are considered the most powerful and influential as compared to the other countries.

These countries are influential over the others due to their economic conditions, their education system, their employment rate, their army position, and the quality of their citizens.

A superpower nation is referred to countries in a leading position categorized by their capabilities and power of dominating and influencing other states and regions on a global level.

Here we will discuss the top 10 most influential countries of the world.

The United States of America has 52 states and it has headquarters at the United Nations in New York. It has developed strong relationships with other countries of the world.

They also have a dominating stance with many of their allied countries. The USA has a strong military and their army is considered one of the best and most powerful Armies of the world. The budget of the US military is also considered quite heavy.

The spending of the United States of America on his army is about 43% of global spending. This army has the highest number of fighter aircraft and it stands around 3000 latest and most powerful aircraft.

In addition to this, the USA is also considered home to many nuclear weapons. As far as the economic condition of the USA is concerned, it has a stable economy and the GDP of the United States is about 25% of the world GDP. Natural resources are also in bulk in the USA.

The high employment rate, outstanding education facilities, excellent infrastructure and good standard of living of people are the characteristics of the USA.

The United States of America is also an importer of different goods across the world. All these things collectively make this country the most powerful and most influential country in the world.

China is considered as the second most powerful and most influential country in the world.

This fortunate country performed well and remained well when there was a strong economic downturn across the globe.

China has the highest population around the world and at the same time, it also covers the third-largest land area in the world.

Almost all countries of the world import different things from China. It has offered subsidized electricity to industrial zones across the whole country. This thing has contributed well to the exports of the country. In terms of military, China has the largest army and is a nuclear power with many inter-continental ballistic missiles in its stock.

As far as the economic condition of this country is concerned, the manufacturing sector has given an edge to China with its inward FDI of $100 billion and outward FDI of around $65 billion.

China is also considered a world leader in terms of technology. The supercomputers of China are considered as the world’s most powerful computers.

Think tanks rank index report marks the United Kingdom at number three. UK is also considered the most influential country in the world.

The UK is mainly consisting of England, Scotland, North Ireland, and Wales.

The economic situation of the UK is quite stable and this can be proved from the analysis that concludes that the UK is the world’s first industrialized country and there are hundreds of multinational companies that have their head offices in London.

More than 90% of the population of the UK is white people and there are citizens from other countries of the world too. The UK has an accommodative attitude as it is serving the peoples of other nations too both in the form of workforce and students.

The education level of this country is also up to the mark and there are different top-class universities.

When it comes to military power, this nation is a nuclear baron.

If we talk about the history of the army of the UK, their military had remained active in the Napoleonic war.

Russia is also considered the most powerful and influential country in the world. It is a permanent member of the United Nations Security Council.

Previously Russia was considered as the most influential country in terms of powers. It is close to Japan and the USA and it has 9 time zones and it is the largest country of the world in size.

Russia is financially very strong as it has the largest reserves of different minerals and energy sources. Russia is credited as being one of the greatest empires in history that ruled the golden age of the empire from 1761 to 1796.

It is considered as the world’s major oil and natural gas producing country.

Its army is also considered as the world’s most powerful and strong army as it has missile troops, space forces, and nuclear weapons.

This country is also considered as the world’s largest supplier of arms to other countries.

The army of Russia also has ballistic missile submarines and this thing has increased its strength up to a great extent.

This strength of the military has made it distinguished from others. During the last six to eight years, the economy of the country has grown well.

Japan lacks natural resources but due to around $5 trillion turnover, it is ranked at number five on the list of the world’s top ten most influential countries.

Japan has emerged in the world as the leader in advanced technologies. Japan manufactures radio to robots, automobiles to machine tools, and thousands of electronic products.

The electronic products of japan are famous across the world. As far as the economic condition of Japan is concerned, this is considered as the third-largest economy in the world. Japan also spends most of its total budget on its army.

The army of Japan is considered as the world’s most powerful army.

This army has had strong enemies like China and Russia in the past. Japan has also developed positive relationships with many other countries of the world.

France is situated in the West European region. France stands at sixth level in the list of the world’s most powerful and influential countries.

The education system of France is famous all over the world. The main earning industry of France is the perfume industry and the country earns a lot from this trade. According to a survey report issued by WHO, France has the world’s top-class health facilities and infrastructure. France is also a permanent member of the United Nations Security Council.

There are no religious laws in the legal framework of France. The space industry of this country is also very powerful and the army of France is also very strong.

Germany is ranked at number seven on the list of most powerful and influential countries of the world.

Germany has the highest population in the European Union.

Germany is also considered as the most prominent nation today. Germany is recognized as a great political and economical power in the 21st century. The condition of the german army is also very strong and Germany spends more than $48 million on its army every year.

Their professional police force is marked as one of the highly trained police forces of the world.

Germany has also contributed well in the field of research and development. The researchers of Germany on technology and other IT related fields are serving other nations of the world.

Germany has more than 100 Nobel Prize winners including Albert Einstein and Karl Ziegler. The education and health conditions of Germany are also quite appreciable.

India is playing its dominant role in Asia. The workforce in the field of IT is contributing well to the economy of the country.

The economy of India is growing at a great and good pace.

India has the fourth largest army with more than 1.45 million active personnel and at the same time, there is twice the number of its reserved personnel. India is also a member of ASEAN and SAARC and it contributed well-organized opinions in both these forums.

Well equipped with dangerous atomic bombs, India has major threats for its enemies. But despite all these facts, India has the problems of poverty, unemployment, and corruption.

Italy is ranked at number nine on the list of most popular and influential countries of the world.

Italy is a member of NATO, G8, and other international forums.

Italy is a founding member of the European Union. Italy has a well-known name in the world heritage sites that attracts tourism. The position of the army of Italy is also very strong. Italy has about 308,000-army forces and it spends about $37 million every year on its army.

The economic condition of Italy is also great and Italy has a low unemployment rate.

The air force of Italy is well equipped with the latest helicopters and aircraft.

Champions of football for many times, Brazil is at number seven in the world’s economy on the basis of gross domestic product.

Brazil is ranked at number ten on the list of most powerful and influential countries of the world.

Previously Brazil was a colony of Portugal and Brazil got independence in the 1820s. Brazil has a maximum population of white and brown. Brazil spends more than 1.5% of its GDP on its army.

The main problems being faced by Brazil is the high crime rate and serious civil conflicts. It has supported the world food program many times.

The main industry of Brazil is tourism and the country earns a major portion of its income through this industry. 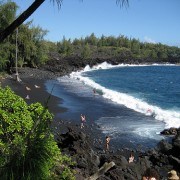 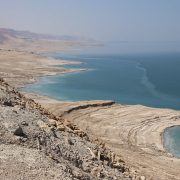 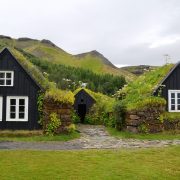