Home
People & Politics
World’s Richest: The 23 Politicians with Most Money Mian Nawaz Shareef is currently the prime minister of Pakistan. He is known to have secret investments around the world. Some estimates quote his net worth over $5 billion. Asif Zardari is a former President of Pakistan, chairperson of Pakistan Peoples Party and the husband of Late Benazir Bhutto. He is famous as Mr. 10% for keeping 10% on every government project when his wife was prime minister. Zardari is also known to have investments that are not known to the public. Sonia Gandhi has served as the president of Indian National Congress, and is among the powerful people in India. Meg Whitman is the CEO of HP, and a politician in United States of America, with the net worth of $2.2 billion. Sebastian Pinera has been the president of Chile. He is also a businessman. Mohammad VI is the King of Morocco with an estimated net worth of $2.5 billion. Naguib Onsi Sawiris is an Egyptian billionaire businessman with the net worth of $3 billion. He also has a political party called Free Egyptians Party. Suleiman Kerimov is a Russian businessman and a politician who has also represented Republic of Dagestan in the Federation Council of Russia. Hans Adam II is a prince of Liechtenstein with net worth of $3.5 billion Henry Ross Perot has the net worth of $3.9 billion, and currently is an independent politician in United States of America. Donald Trump is a presidential candidate in USA. He is also famous for his harsh attitude towards differnt ethnicities and communities. Savitiri Devi Jindal is the chairperson of Jindal Steel & Power Limited. She was also a minister in Huryana Government, and has the net worth of $4.2 billion. Silvio Berlusconi is an Italian media tycoon and a politician with an estimated net worth of $7.7 billion. Mikhail Prokhorov is a Russian politician, who owns an American basketball team The Brooklyn Nets. Sheikh Hamad has served as a Prime-minister and Foreign Minister of Qatar. He is also known to have owned One Hyde Park, the expensive property of London, England. Serge Dassault is a French heir and a politician. He is also the CEO of Dassault Group. He is known for his conservative views. Salman is the King of Saudi Arabia. He has the net worth of $18 billion, and made king after the death of one of the most influential personality, King Abdullah,. Mohammed bin Rashid Al Maktoum is the constitutional monarch of Dubai, and Prime Minister and Vice President of the United Arab Emirates (UAE). Dubai has changed from a desert to a mega tourist hub under his leadership. Sultan Hassanal Bolkiah of Brunei has estimated net worth of $20 billion. He is the head of the state of Brunei, a country which is known to be one of the most richest. Khalifa Bin Zayed Al Nahyan is the ruler of Abu Dhabi, which has the 95% oil of whole UAE. Bhumibol Adulyadej is the King of Thailand with an estimated net worth of $35 billion. Michael Bloomberg is the richest politician of America with an estimated net worth of $37.2 billion Vladimir Putin is the richest politician with estimated net worth of $200 billion. He is also known for his adventurous activities and hunting. He is among the world’s most powerful people, and is currently the president of Russia, one of the largest armies of the world, that has direct conflict of interest against USA. 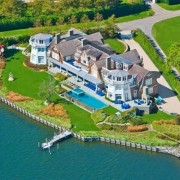