It won’t be wrong to state that Japan is one of the beautiful yet most mysterious countries in the world which is full of some of the unusual natural wonders.

When people think of Japan, they usually imagine a fully developed country with a vast number of metropolitan zones having the tallest buildings, fast phased urban life backed by the best train systems on the earth, and technology-based innovations.

However, only a few are aware of the fact that Japan consists of some of the highly unique yet unusual natural wonders which can leave you in complete awe. The strange sight in Japan would be of the sloppy dunes which are further stretching towards the sea.

The beauty of these dunes lies in how nicely they complement the crystal blue water of the sea and provides a perfect zone for visitors where they can relax.

According to the researchers, these dunes are formed due to the windblown by the sea.

Since these dunes are situated by the sea, the visitors can easily get indulged in several activities such as paragliding, horse-riding, and sand-boarding. Mount Fuji in Japan is surely one of the most incredible yet unusual natural wonders which deserves all the appreciation.

The mount is perfectly situated by the lake which enhances its overall beauty and allows the tourists to get the best out of their time.

Whether you decide to take a view of this mountain while standing by the Hakone Lake or you decide to climb up to the mountain, there are multiple ways through which you appreciate the beauty of Mount Fuji. Kabira Bay is one of the most beautiful tropical beaches in Japan.

The beach offers a completely beautiful view to the visitors with the help of amazingly drawn coral reefs which enhances the beauty of the place.

Although swimming isn’t allowed in Kabira bay because of the presence of jellyfish and current, however, you can still explore its beauty by sailing through the beach. Nachi Falls is one of the tallest and uninterrupted waterfalls in Japan which is known for its massive height.

The temple besides the falls enhances the beauty of the place which is further backed by the cool air blowing in the region.

If you are visiting the influential country Japan and you have missed visiting Nachi Falls then, you have surely missed something great.

5.  The Bamboo Groves of Arashiyama The long groves backed by the perfect sun falling onto it.

The bamboo groves are one of the most photographed locations in Japan and are surely appreciated for their unique view.

These bamboo groves offer a perfect view that would force you to stop at the location and stare at it till you have soaked in its beauty.

Iriomote’s Mangroves in Japan are entirely different from the entire country.

The sub-tropical island can offer a lot to the visitors. Since Iriomoto is an underdeveloped and untamed island, therefore, only a few people tend to visit it during their vacation time.

The less crowded the area is, the more you will be able to enjoy your time at the place because you’ll get better chances of exploring everything.

At Iriomoto, you can easily get indulged in some of the most amazing sites while paddle-boarding and hiking. Mount Yari is one of the most beautiful places in Japan which is known for its incredible height and view that can easily allow you to get a perfect panoramic view of the city.

The lush green mountains capped with snow during the winter season, just add up to the beauty of the most influential countries in the world.

Often, mount Yari is called as the heaven place for the world-class hikers because of the exotic experience and view it tends to offer.

8. The Volcanoes of Aogashima Island The Aogashima Island Volcanos in Japan is one of the hidden beauties which are known for leaving people in complete awe.

Although it is pretty hard to get to the volcano and observe its beauty, the visitors can still get Ariel’s view of the area. The Sea of Japan is the marginal sea which is known for its amazing beauty throughout the world.

Having a diversified range of sea living being to some natural coral reefs, the blue sea is called as a heaven for the scuba divers or those who would love to explore the beauty of nature.

10. The Magic of Yakushima The magical forest of Yakushima is one of the ancient forests in Japan which is known for its history and value. Despite being the oldest, the forest can offer a lot to the visitors.

The exotic combination of the forest with the island which is sub-tropical works as the cherry on top.

While exploring Yakushima, tourists can easily get indulged in the beauty of the forest that consists of more than 1,000 years old trees. The hell of Beppu Onsen is the collection of natural hot springs in the country which is capable of grabbing the attention of people living in Japan and across.

The sight is so beautiful to watch that it can easily leave the person in complete awe and could motivate them to stay there for as long as it is possible. Mount Aso is one of the most amazing yet unusual natural wonders in Japan which is known for its qualities throughout the world.

The mount is famous for its lush greenery which is further supported by the blue Crater Lake.

The view of this amazing Mount can be taken from the farthest of the places or you can view it by standing near the shore.

Since the mount consists of the eruption powers, it erupted back in 2014 and caused no major injuries. It’s quite amazing to see that Japan is one of the countries where all kinds of natural wonders could be found.

The Naruto Whirlpools is one of such wonders which is formed between the rush tides of Seto Island Sea and Pacific Oceans.

The whirlpool is usually stronger during the summertime and could reach to certain dangerous heights.

If you are visiting Japan then, visiting Naruto whirlpools could be a complete treat for your eyes.

14. The wedded rocks of Ise

Japan consists of the natural wedded rocks which are allured by the sun rising.

These wedded rocks are called as one of the most beautiful ones because of the beauty they offer to the viewers.

The rocks are a couple of rocks where the height of the husband is 9 meters tall and wide is 6 meters tall.

Every year, the wedding rope of the rocks is changed in a ceremony. Takachiho Gorge is one of the most beautiful places to visit in Japan.

The place comprises of an amazing cliff adored by the long-grown trees and a lake which simply adds up to the beauty of the place.

Japan can easily be called one of the influential countries in the world which can offer a lot to visitors.

If you are visiting the country anytime soon then, all of these unusual natural wonders should be a part of your bucket list. 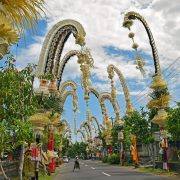 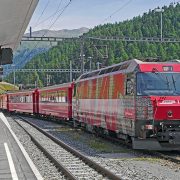 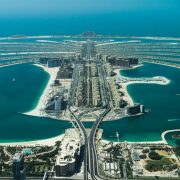 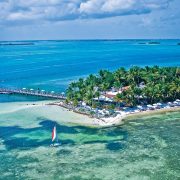