Most people consider Madagascar as one of the tourist zones only but very few of them are aware of some of the interesting facts about the state which helps it stand out of them all.

Some of the interesting facts about Madagascar you never knew before are as follows: Nobody knows that Madagascar is one of the largest islands in the world. To be precise the size of the region is more than 215,000 square miles, which makes it bigger than Thailand, Spain, and Germany.

Not only this, but the state is also known for its largest population of 26.2 million people, making it more populous than Australia, Sri Lanka, and also Greece.

2. The Home to Unique Species Due to the extreme isolation of the region from the African continent for many years, Madagascar’s wildlife got the chance of breathing which helped it in preserving those species which cannot be found anywhere else in the world.

The state consists of 70 unique species and also the sub-species of Lemurs which are considered as extinct throughout the world.

The most common type of Lemur called Ring-tail can also be found in the region. The catch is that Lemur is one of the most intelligent animals known for its best strategies.

3. Madagascar consists of more than 50% of Chameleon Population There’s no doubt in the fact that Madagascar is home to several species that are known around the world for their unique features and intelligence.

According to the survey, more than 50% of white Chameleons are found in the state.

The total population of Chameleons (Parson’s and small) is 150 and out of which more than 70 are residing in Madagascar.

4. The city consists of Endemic Species of Animals and Plants Just like Chameleon and ring-tailed lemurs, Madagascar also consists of more than 400 unique species that are endemic throughout the world.

Not only this, but some of the best endemic plants are also found in the region.

According to scientists, more than 10,000 plant species have been identified in the state and out of which 90% couldn’t be found anywhere else in the world.

5. The city is faced with Extreme Deforestation Apart from having the largest population of endemic extinct, the state is also faced with several problems, and deforestation is one of them.

Although, there’s no scientific research on the fact but history states that the region has lost 80% original forest life after humans started the process of fire, logging, making food and grazing in the region which ultimately resulted in the reduction of plant life.

6. The perfect paradise for wildlife lovers No doubt that Madagascar is a perfect paradise for the people who would love to explore the wildlife and because of the very same reason, the movie was created.

Although, people wouldn’t be able to find hippos or giraffes they can surely find some incredibly beautiful birds, fishes in lagoons, the huge reptiles roaming around, and a lot more.

Since the human intervention in the region is very less therefore, the wildlife is perfectly preserved. The followers of Flashman series would be aware of the role of queen Ranavalona, who was known for her brutal act throughout the play where she always wanted to poison the people so that they could follow her orders.

Well, the mad queen wasn’t only the part of the novel, she existed in reality too and her temple can also be found in the capital of the state.

8. The home to World Heritage Sites Some of the important locations and sites in the region are beautifully preserved so that they remain amazing throughout.

The Royal Hill Ambohimanga is a 500 years old burial site which is managed by the local and international authorities.

Additionally, multiple locations are still unexplored by humans therefore; the probability of having more endemic species in the region remains the highest. Before the arrival of Africans in the region, Madagascar was known as the French colony which was colonized by the French people and declared the island as their own.

During the declaration phase, the official language of the state was also decided to be French. It is quite surprising to see that this state consists of a combination of different regions.

Moreover, it is believed that the state holds better relations with the South Asians rather than the Africans.

10. The Malagasies and their Stories Malagasies have always been known for crafting the entirely made-up myth stories.

So if you are planning to visit the region soon then, be ready to hear the story of the witch who is always ready to haunt and kill people, the story of people living in the forest with the species, like animals and much more.

The catch is that they all are fake!

11. The Poorest Country in the World It might come as a surprise to many but Madagascar is one of the poorest countries in the world with the lowest GDP ranking.

The incompetent government ruling the country is responsible for destroying its overall worth despite having access to a lot of natural luxuries. Madagascar is one of the largest consumers of Marijuana. According to the latest data, every 10th person in the state tends to consume weed. Madagascar is one of the countries which consists of no death penalty even for the deadliest of the crime.

The death penalty was raised during the conference of 2017 where the government thought that the country needs to penalty under any circumstances.

14. The Unhappiest Place in the World According to the world happiness report, Madagascar is the 14th least happy country in the index which indicates that the narrative of growth in the state is not particularly drawn.

The reason for being it the unhappiest is directly linked with being the poorest country in the world. Despite having several difficulties in terms of economic growth and human behaviors, the tropical country still managed to develop the tourism industry significantly.

Recently, several luxury resorts and beach points were discovered in the area which is now being explored by the tourists. One of the most interesting facts about Madagascar is that the entire population wears a similar kind of clothes irrespective of their gender.

Whether you see a male or a female, they will be seen wearing a plain long dress and would proudly call it their national identity. For several years, the Madagascar region was called the haven for the pirates because of the absence of a lot of human activity from the region.

The explorers of history inform that some of the known pirates of the past have been buried in the island of pirates and it is also said that some of them still use the place for taking shelter.

It won’t be wrong to state that the entire region is full of some interesting facts which can easily leave the reader in complete shock and would motivate them to explore more about the region to gain some insights. 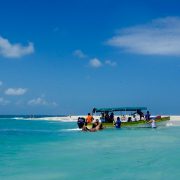 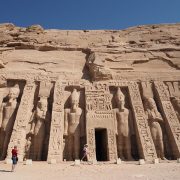 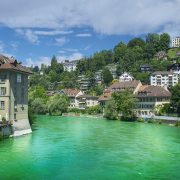