Home
Sports
The 10 Fastest Boats in The World

Boating is considered as a dangerous a hobby for sportsmen and when it involves speed, it becomes even more dangerous. Crazy people always love to take a fastest ride on high speed boats in order to compete others. Different famous companies of the world have produced boats which are famous across the world due to their fast speed. Here you will find some little details about some fastest boats of the world.

Soviet K-222 comes with different unique features and once it was fastest submarine. Its old name was K-162 which was changed into K-222 later on. Its design was made in such a way that made it possible to stand among fastest submarines of the world. This was built for the purpose of attacking different aircraft that travel in groups. It comes with two water reactors with low weight which increase its performance. This boat was used for different purposes in the past and it has the name in history for being used by Canadian Forces in 1968. Initial purpose of launching of this boat was for using Canadian Navy. The foil system of this boat has been made with strong steel. These foils have been coated with specialized material in order to prevent them from corrosion.

In 2008, highest speed of Vestas Sailrocket 2 was recorded at 52.22 Knots. It was sponsored by a famous Danish group known as Vestas. Like other boats, this boats also comes with upgraded features which make it distinguished from other boats. This boat also attained the speed of 55 knots in November 2012. 7. The World Is Not Enough

Most of us has heard the name of famous Hollywood movie, The World is not enough, and you will find there too a fastest boat with the same name. This luxury boat recorded a fastest speed of 70 Knots. This was manufactured by a world’s renowned group Millennium Superyachts in 2005. This luxury boat also have the feature of lowest noise level. This amazing boat has been manufactured by a famous group in Florida which is renowned in the world as the manufacturer of fastest boats. This design of this power boat has been extracted from finding the best features which are available in Mercedes-Benz latest SLS AMG Electric Drive. This powerful boat comes with different unique features including twelve powerful motors which are able to produce at least 1,600 kilowatts that can increase its speed to 100 mph. This fastest boats of the world has been equipped with triple Mercury 300 outboards. With the help of this feature, it can attain the speed of 110 mph. This stylish boats also offers some other features including the comfortable seats and flexible body which also remains cool even in direct sunlight as it has been made with specialized material.

Like other fastest boats of the world has been installed with powerful 1000hp engines that increase its speed to great extent. With the help of T55-LC turbines, it can attain the speed of 220 mph. These engines were previously designed for using in helicopter due to being light weight. Problem child is also the name of a boat which is famous due to its fastest speed. This boat has been using latest dragster technology which increases its speed to compete the other fastest boats around the world. During a motor boat championship, this boat recorded the highest speed of 262 mph in lowest time period of only 3.5 seconds.

Bluebird K7 was used in the past by different sportsmen. This fastest boat was launched in 1955 and since then it has seen many improved changes. This hydroplane which has been equipped with powerful jet engines has set many world records. This boat was manufactured by Samlesbury Engineering. This steel-framed fastest boat has powerful jet engines that are able to produce 3,500 pounds of thrust. This is a wooden boat which is well known in the world due to its fastest speed and unique features. The Spirit of Australia was manufactured by Ken Warby in Sydney in 1978. This fastest boat has been installed powerful J34 jet engine which makes it possible to attain the speed of 300 mph.

This powerful jet engine was designed and manufactured by Westinghouse Electric Company. This engine was also used in different jet fighters and different aircraft. 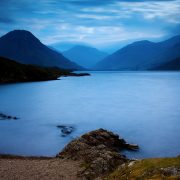 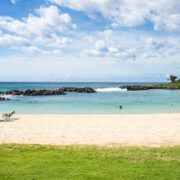 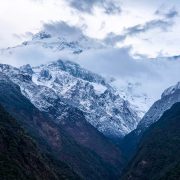