Peregrine Falcon is the fastest animal on earth. It is an intelligent bird, also known as “Shaheen”, famous for its philosophical reference in Pakistan. The peregrine falcon has barred white underparts and it normally has bluish grey back. They are famous all around the world due to their speed. Different types of research studies have shown this fact that peregrine falcon has shown highest speed of 332 km/h.

It is found in almost all parts of the world excluding the Polar Regions. This falcon is often kept as pet and used for hunting. (You might want to look at list of animals that should not be taken as pets.) This is a beautiful bird, considered as one of the fastest animals on the earth. As far as speed of this bird is concerned, it has been estimated to 170 km/h. They have small legs which are used for different purposes. They normally form their nests in deep trees and feed mostly on insects of different kinds.

This is also considered as one of the fastest animals on earth. This bird belongs to the family which is known as frigate bird family. They are most frequently found in the areas of Pacific and Indian oceans. They mostly feed on fish which they target while flying and their fastest speed has been estimated at 80 km/h. The spur winded goose belongs to the family which is known as Anatidae. They are abundant in numbers in wet lands areas of the world including the sub-Saharan Africa. As far as the size of these animals are concerned, they are around 70-115 cm long. Average weight ranges between 4 to 7 kg. Different studies have also concluded this fact that male spur winged goose differ from females in different aspects. All of us are used to listening to the stories of famous Cheetah as fastest animal on earth since childhood. This fastest big cat is deadly and unique in different features as compared to other fastest animals and is found in different parts of eastern and southern Africa. Average weight of cheetah ranges between 21-65 kg. They remain more reluctant and active at day time and feed on animals which they target during hunting. This is also considered as one of the fastest animals on earth. They are found in oceans which have warm water. They have different unique features including the long bill which makes it to look like swordfish. They are found in different parts of North America and in some parts of Central America and are also considered as fastest animals on earth. They belong to family having name as Antilocapridae. Different types of research work has found this fact that their number is coming down in areas in which they were previously found in great numbers. Marlin fish is also included in the list of fastest animals on earth. Due to their fast speed, it is very difficult to capture them. They normally found in Atlantic and Pacific oceans. The most frequently used name of this animal is common wildebeest and is also included in the list of fastest animals on earth. It is said that the blue wildebeest has around 4-5 subspecies. Different types of research studies have found some amazing facts about this fastest animal including the heavy look, strong muscular body and wide shoulders. They normally feed on natural things including the grass with short length. This cute animal is also included in the list of fastest animals on earth. Nick name of Brown Hare is generally known as European Hare. It is found in different parts of the world including Asia and Europe. We can found them most frequently in different areas of Central and Western Asia during spring. 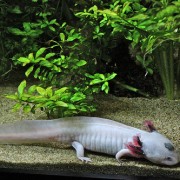 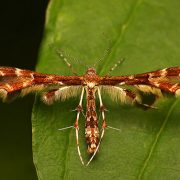 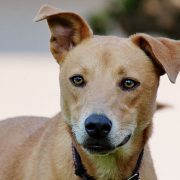 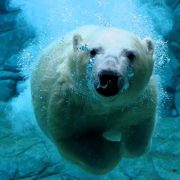