K2 is the second highest mountain peak on earth after Mount Everest. It is also known as Mount Godwin-Austen. It is located between the border which is situated between Baltistan (in the Gilgit – Baltistan region of Northern Pakistan) and the Taxkorgan Tajik Autonomous Country of Kinjiang, China. In 1852, a British surveyor, T G Montgomerie gave the name K2 to this mountain.This breathtaking mountain keeps different interesting facts under its name. There are hundreds of thousands of reports that have been published on this second highest mountain on earth. It has peak elevation of 8,611 meters. This mountain is considered as the highest point of the Karakorum Range and the highest point in Pakistan. Many climbers around the world have tried to climb the K2 Mountain in different times. Most of them have gone to death during climbing and have listed as K2 mountain death. There are different types of research reports that gave the name “Savage Mountain” to this highest mountain in Pakistan due to extreme difficulty of ascent. Different research studies have also pointed out this fact that this mountain has the second highest fatality range among those mountains which are above eight thousand meters. These research studies have also revealed this fact that out of every four people who tired to reach there, one of them died in trying this dangerous activity. Well reputed climbers of the world claim that it is quite difficult to reach K2 from the Chinese side. Due to this reason, most of the times, the climbers climbed this mountain from Pakistani side. It is also another interesting thing about this mountain and it states that K2 has never been climbed in winter. Climbing Attempts to this Mountain

This thing also keeps thousands stories about those who tried to climb and reach this highest and dangerous mountain. Numerous climbers made attempts to reach there including majority of American climbers, but remained unsuccessful. This is due to the fact that K2 has limited numbers of tough and dangerous routes that can be used for climbing purposes. Another difficulty comes in the way of climber in the shape of lack of oxygen as this mountain is one the extremely high altitude. This mountain also has very rough and ever changing weather which mostly remains in the form of dark storms and coldness. In addition to this, its steep altitude makes it more difficult to climb. There are different historical facts about climbing to this mountain and they state that first serious attempt to climb K2 was made in 1902 by Oscar Eckenstein, Aleister Crowley, Jules Jacot, Victo Wessely and Guy Knowles by using the Northeast ridge. They took almost 14 days to reach the foot of the mountain. These facts state that after five serious and costly attempts, the team crossed the distance of 6,255 meters. The next attempt was made in 1909 by Luigi Amedeo, Duke of the Abruzzi and at that time, total distance of 6,250 meters was covered. After this, many other climbers of the world tried to go there but most of them faced different types of difficulties in reaching there. 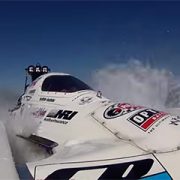 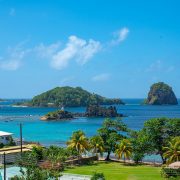 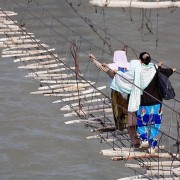 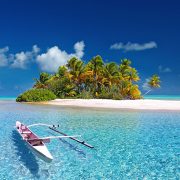