The world is full of wonders which can easily leave you awe-stuck for the longest period of time. Today we decided to explore the similar kind of wonders of nature which are not only contributing to the overall beauty of the world but are also a great source of economic prosperity and nature reserves. Mount Everest is the ideal tourist location for the people who would love to see the highest ranges. Mount K2 which is located at the Northern side of Pakistan is the second highest mountain peaks in the world. K2 is situated near the border of China and Pakistan.

K2 is an ideal climbing spot for the climbers and they usually take it as a challenge to climb this mountain. The death toll on K2 is somewhere between 5% to 7% Kanchenjunga is another highest mountain peak found in Nepal. Two countries namely India and Nepal share this mountain. The overall height of this mountain is 8586.

Kanchenjunga is also called the 5 treasures of snows because it consists of the gold, silver, gems, grains and holy books. Two of the most famous climbers climbed this mountain in 1955. Yet again Nepal, Lhotse is the fourth largest mountain in Nepal with a height of 8511 meters. Mount Lhotse shares the connection with the Mount Everest. It won’t be wrong to call the Lhotse Nepal as the neglected little sibling of Mount Everest.

Lhotse is usually preferred by the climbers because of its incredible beauty and less busy routes. If you are planning to take the base camp then, you would be able to reach this area in lesser time and then, you can easily enjoy the beauty of this area. Mount Makalu in Nepal is almost 8000 meters highest mount in Massif. This mountain got discovered by 10 climbers in the early ’90s. This mountain is known for its incredibly dangerous mountain peaks which cannot easily be climbed by anyone.

This mountain is also called the Great Black and consists of the great granite mass. Cho Oyu in Nepal is the fifth highest mountain peak in the world with a height of 8,201. This mountain is the favorite one of climbers because it is easier to climb it. The routes leading to Cho Oyu are pretty good and crossed even by the beginner climbers. Dhaulagiri is called the White Mountain and is located in central Nepal. The overall elevation of the peak 8167 meters. The Dhaulagiri Mountain is the pivot climbing point for the climbers because of its alluring beauty, unique shape and also because of its beautiful peak.

If you are also planning to visit Dhaulagiri anytime soon then, you should keep your climbing stuff ready because one can simply not miss climbing on this highest mountain peak. Mount Manaslu in Nepal is around 8163 meters in height and called the eighth highest mountain peak in the world. This mountain is surrounded by rock hard ice which covers most of the mountain area.

This mountain is also called the “Mount of Spirits” because of its unique beauty. If you are interested in seeing half ice-covered mountains then, nothing would be more appealing than Manaslu. Nanga Parbat is located on the south side of the Indus river in Pakistan and called the ninth highest mountain peak. The height of Nanga Parbat also known as “Naked Mountain” is 8125 meters. This mountain is called as the killer one because most of the climbers have lost their lives while climbing this mountain.

If taken the air view, Nanga Parbat could easily be viewed as one of the most beautiful ones. It is also surrounded by a scenic meadow, ideal to camp if you love travelling. Annapurna is located in central Nepal and its total height is 8091 meters. This tenth highest mountain peak is called Annapurna because it reflects back to the Goddess of Harvest in the region. Annapurna is a Sanskrit word. If you are a camping lover then, mount Annapurna is the right option for you. Gasherbrum 8000 meters in height and is located near the Chinese border at Karakorum Range. This mountain connects the border of two countries namely Chine and Pakistan. If you are a beginner and still want to climb a less dangerous mountain then, Gasherbrum is the right option for you. Broad Peak which was also previously known as K3 is 8000 meters in height. Due to its enormous height, a broad peak was once used to be compared with the Mount Everest. Broad Peak is located near the Pakistan border and Himalayan range.

It is also one of the dangerous mountains to climb and it was first discovered by 5 Australian climbers. The death toll on Broad Peak is relatively higher as compared to other 8000 meters peak.

It is surely impossible to take our eyes off from the wonders of nature because it is full of eye-catching and mind-opening beauty. It wouldn’t be wrong to state that Nepal is surely the blessed country with some of the highest mountain peaks in the world. The above-stated are only a few highest mountain peaks in the world. However, we are pretty sure that there would be more with incredible heights and beauty.

We are surely allured by the beauty of nature. What do you think? Make us aware of your opinion by leaving your comments below. 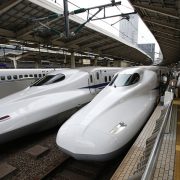 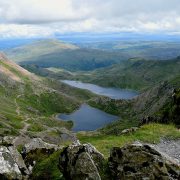 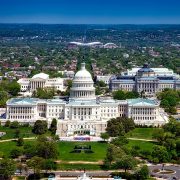