Home
Travel
23 Most Expensive Cities to Live in the World

Everyone wants to enjoy a fancy lifestyle in a luxury setting. But are you able to afford it? The task is certainly harder for the people who live in the most expensive cities on the planet. Find out what they are. The list below is based on the most recent Worldwide cost of living survey of The Economist. Isn’t this a country, actually? Yes, it is a state in the form of one large city covering a whole island in South East Asia, and home to one of the best airports in the world. It is the only island-city state in the world. The limited space and the green living policy of the country make Singapore the most expensive place to live in the world. You wouldn’t expect the largest city in a country best-known for its banks and financial industry to be inexpensive, right? Zurich is peaceful, quiet and very beautiful. It is a truly great place to live if you can afford it. The autonomous territory of China has been a vibrant commercial and financial center for many years now. The limited space and the growing population make properties extremely expensive and this pushes up the cost of living considerably. Another gorgeous and very costly city to live in. It never gets too crowded and you can always enjoy a stroll along the River Rhone and the famous Lac Leman. Unsurprisingly, the locals have expensive hobbies like sailing. The city is expensive to live in, but it has so much to offer from amazing art and architectural masterpieces to amazing food, green parks and fist-class entertainment. The extravagant boutiques are almost around every corner. No wonder, it’s expensive. The British capital has a lot to offer in terms of employment opportunities, entertainment and cultural and sports events. It is a great place to live in as long as you can cover your expenses. The Big Apple, as it is popularly known, doesn’t need any detailed presentations. It offers all the amenities and entertainment and shopping options that you can think of plus a lot more. You just have to have a thick enough wallet. Given that the country has one of the fastest growing economies in the world, it is not surprising that its capital is a very expensive place to live in. The city combines modern architecture with the charm of the traditional restaurants and fish markets. It’s not surprising that the home of Hollywood is on the list. This is where the rich and famous live in big lavish mansions. Of course, there are some budget entertainment options like the Santa Monica Pier too. The Japanese capital is best known for its historic landmarks and for being home to Disneyland. Homes are small, but very expensive due to the growing population and the limited space.

The most populous city in China is vibrant and modern, but you can still enjoy the charm of the traditional local architecture in some neighborhoods. It is quite popular with tourists too. It’s far up north and has fairly low temperatures even in the summer. Why is the Norwegian capital so expensive to live in then? It has excellent public facilities and services and offers a peaceful and safe lifestyle With its thriving economy, Osaka is naturally quite expensive to live in. Still, you will certainly love the eclectic blend of ancient and modern and the numerous opportunities for fine dining, shopping, sports and entertainment. The capital of this country in the Middle East is a UNESCO World Heritage Site and boasts with gorgeous beaches among other things. It is also known for the high security measures taken by local authorities. The closest neighbor of Hong Kong, is a large, vibrant and economically thriving city. The modern architecture may not be to everyone’s liking, but Shenzhen has great parks, beaches and sports venues. The city situated on the tip of a peninsular and some 315 surrounding islands in the Baltic Sea is a truly wonderful place to live, if you don’t mind the cold and the high cost of living compared to other places in the world. The blend of ancient and modern is absolutely amazing. One of the largest cities in the country and the most expensive one too, Frankfurt is a dynamic modern place with rich culture and history. It is an industrial, transportation, educational and scientific center. Known for its opulent palaces and the famous opera house, Vienna is one of the most beautiful historic cities in Europe and in the world. It is true that it is costly to live there, but you can expect to enjoy a truly fine lifestyle. The capital of New South Wales boasts with great weather and outstanding modern architecture and infrastructure. It offers superb opportunities for recreation, shopping and dining. The city is very ethnically diverse. This is the best city to live in the world so it’s not surprising to find it on this list. It gets very high scores on practically all fundamental criteria from health care, education and development to entertainment, sport and tourism. Also known as the Windy City, Chicago has always had a prosperous economy. Downtown is quite busy, but the suburbs offer a more relaxed lifestyle. The weather isn’t the nicest in the world, but there is plenty of outdoor entertainment during the warm months. The city is one of the best places to live in Europe thanks to its unique combination of modern infrastructure, great education, first-class entertainment and peaceful living. It has very rich and interesting history among other things. The capital of the State of Minnesota offers fine living in every respect. It boasts with amazing recreational facilities and a very relaxing atmosphere despite its large size. It is home to exceptional gourmet restaurants among other things. 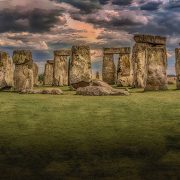 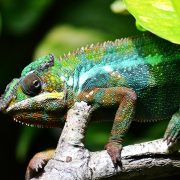 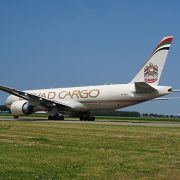 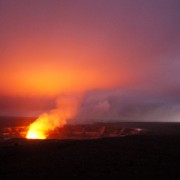