The snow leopards, which are also known for its beautiful, thick fur , has a white, yellowish or soft gray coat with ringed spots of black or brown. This marking has significant importance for snow leopards as it helps camouflage it from prey. Due to thick coats and heavy fur-lined tails and paws covered with fur, they are perfectly adapted to the cold and dry habitats in which they live. They have very large paws that act as snowshoes and they help to keep them from sinking into the snow. There are different types of research reports that have clearly shown this fact that snow leopards occupy alpine and subapline areas which are normally 3,350 to 6,700 meters above sea level in Central Asia. There are also interesting facts and figures about total population of snow leopards. Different types of research studies have been conducted on snow leopards and they concluded the fact that global show leopard effective population size is suspected to be less than 2,500. It is also the fact that they are very rare in most of their range and according to another estimate, there are 3,500 to 7,000 snow leopards are left in the wild, with 600-700in zoos around the world. Research studies also sat that exact numbers in the world have not been determined due to the snow leopard’s shy nature.

The diet of snow leopards primarily depends upon their prey. They normally hunt wild sheep and goats. They are also known to eat smaller animals like rodents, hares and game birds. As far as the behavior of the snow leopards is concerned, they mostly prefer to inhabit steep cliff areas, rocky outcrops and ravines because these types of habitats provide them with camouflage which they need to properly hunt their prey. They stalk their prey and usually spring from a distance of 20-50 feet. This is also the positive edge for snow leopards that their long and powerful hind limbs help them to leap up to 30 feet which is normally six times higher than their body length.

The diet of snow leopards also varies across its range and with time of years, and depends on the availability of prey. For example, in Himalaya region, the diet of snow leopards normally consists of blue sheep but in other mountain rages including the Karakoram, Tian Shan, Altai and Tost Mountains of Mongolia, its diet mainly consists of Siberian ibex and argali which is a type of wild sheep (although this have become rare in some parts of the snow leopard’s range). Smaller prey consists of marmots, wolly hares, pikas, different rodents and birds such as the snow cock and chukar.

Snow leopards have light green or gray eyes which are unlikely to big cats that usually have yellow or gold eyes. Another interesting thing about snow leopards is that unlike other big cats, snow leopards are unable to roar and they pair only in the breeding season. As we mentioned above, the snow leopards are normally found at high altitudes. There are different types of research studies that have clearly shown this fact that snow leopards are found normally at the height which is between 9,800 and 17,000 feet high from sea level. Their existence has been mostly found in rugged mountains of Central Asia. Their range spans from Afghanistan to Kazakstan and Russian in the north to India ad China in the east. China has the highest 60% of snow leopards habitat. They have already disappeared from certain parts of Mongolia, which is part of their historic range.

According to different types of studies published by different channels, the snow leopards usually live above the tree line on mountainous meadows and in rocky regions at altitudes from 2,700 to 6,000 m during summer season. They can walk without any difficulty in snow up to 85 cm deep and they normally prefer to use the existing trails which are normally made by other animals. The snow leopards lead a largely solitary life. There are different types of research reports that have also shown this fact that their geographical distribution runs from the Hindu Kush in eastern Afghanistan and Syr Darya through the mountains of Pamir Mountains, Tian Shan, Karakoram, Kashmir, Kunlun and the Himalaya to southern Siberia. In Siberia, the rage covers the Russian Altai Mountains, Sayan, Tannu-Ola mountains and mountains of the west Lake Baikal. In Tibet, it is found up to the Altyn-Tagh in the north.

As far as the reproduction cycle or process of snow leopards is concerned, they have different interesting facts and figures. Their mating seasons is normally considered between January and mid-March. Their gestation period is normally of more than 3 months. Some research studies suggest that their gestation period ranges between 90-100 days so the cubs are born between April and June. Different researchers have also found the interesting fact that oestrus typically lasts from five to eight days and males do not tend to seek out another partner after mating and this is probably due to the fact that short mating season does not allow them sufficient time. According to a research study issued by National Geographic Channel, the paired snow leopards mate in the usual felid posture fro, 12 to 36 times a day. The litter size normally ranges between 2-3 cubs. There are different types of research reports that have clearly shown this fact that females give birth in rocky dens lined with their fur. The cubs are blind and helpless at birth although they have thick coat of fur and they normally weigh from 320 to 567 g. The cubs open their eyes around seven to eight days and the cubs can walk at five weeks and are fully weaned by 10 weeks. At the time of birth, the cubs have full black spots which turn in to rosettes as they grow to adolescence. The young follow their mother on hunts at three months and remain with her through their first winter. The small cubs leave the den when they are around tow to four months of age but they remain with their mother unless until they are around 18-22 months old.

This is also an interesting fact of snow leopards the snow leopards are sexually mature at two to three years and they normally live for 15-18 years. Some research studies have also shown this fact that they can live for up to 21 years.

There are different types of research studies that have been written on hunting styles and preferences of snow leopards. Basically the snow leopards are carnivores and they actively hunt their prey. They are also considered as opportunistic feeders like many other cats. They normally eat whatever they can find including carrion and domestic livestock.

The snow leopards can kill animals more than three to four time their own weight. They are also capable of killing most animals in their range with the probable exception of the adult male yak. There are different types of research reports that have also shown this fact that unlike other cats, the snow leopards also eat a significant amount of vegetation including the grass and twigs. 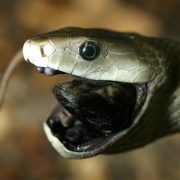 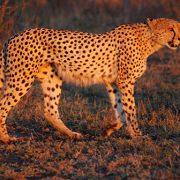 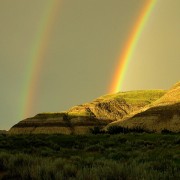 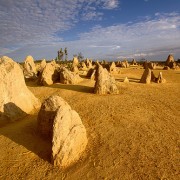