Philosophy is indeed a continuous quest for the meaning of different logic which helps in understanding the purpose of our existence, this universe and every other thing happening around us.

Finding the meaning of this life is just like indulging yourself into a sea of thoughts that seem never-ending. In the past, there were some greatest of philosophers who decided to transform their lives so that they could understand the purpose of their life and why they have been sent to this earth.

Philosophy is a great subject to study because it is full of different domains. Some philosophers worked as the initiator of the topic, some criticized the statements given by the previous author while others developed their own theories in order to give readers a fresher perspective about their existence. It won’t be wrong to state that each and every philosopher holds significant importance in history and they are known for their immense contribution to the subject.

This piece of article is going to be about some of the greatest philosophers, who have contributed to change the ideologies, changed the thought process of people and showed them a new way through which they can explore their reason of existence. Aristotle is no doubt one of the greatest philosophers of history who is known for its contributions in the field of active study. Aristotle is the philosopher who believed that all of the concepts and the belief of people are entirely based on their perception.

He also established the ideology of human being the social animal and they need people around themselves for being able to express themselves.

Rene Descartes is a scientist and mathematician who have also contributed to the field of philosophy. Rene Descartes worked on the concept of the certainty of the objects and concepts.

He established the concept that all the things which have gone before are of no value because they cannot be known in real-time. He trued disregarding and refuting the concepts presented before he came. Saint Thomas Aquinas presented the idea of natural theology in which is discussed the concept of realism and also talked about the existence of absolute in this world. He also worked on reconciling the thoughts presented by the Aristotelian and also emphasized on the fact that diving truth shouldn’t be neglected whatsoever. Confucius is known as the father of theological ideas in which he has shown greater respect for the imperial dynasties and their contribution to the world. Confucius also established the concept of justice, positivity and sincerity in all aspects of life whether it be professional or personal. Plato was one of the famous students of Socrates and worked on the idea of dialects, physics, and ethics. Plato presented the idea that human beings can only achieve success or reach the highest form of goodness if they could understand the concept of “being”. He believed that everything which is in the state of “being” should be taken care of. Thales is called as the founder of natural philosophy because he talked about the idea of matter. He studied the origination of matter and tried to create theories based on the same concept by disregarding all the myths and less-thoughts ideas.

Thales also presented the idea that it is highly difficult for human beings to know themselves and understand their own behavior. David Hume is another great scholar of history who largely emphasized on the idea of problem of induction. He proposed that it is impossible for us to justify our belief in our daily practices because we need to experience certain events in order to understand them better. Immanuel Kant is considered as one of the most significant figures in the philosophy and presented the concept of advocacy and morality in his subject.

He also presented the idea of the categorical imperative in which he emphasized the concept of intrinsically good and moral duties. Jean-Paul Sarte is known for his valid contributions to the field philosophy and its impact on the human mind. Sartre presented the idea that “humans are free beings” and there is no one who is responsible for our actions, only we are responsible for everything.

He also talked about the idea of “death state” in which men tend to enter into the authentic life therefore, it is important for us to spend our life in morality and search for knowledge. John Locke is one of the greatest philosophers of history who worked around the idea of deformation of the human body and their mind. He believed in the concept that humans are incomplete without experience and only through the experience they can achieve utter success in their life. Karl Marx is called as the revolutionary philosopher in history. His theories and contributions in the field are regarded as highly prominent personality and holds a greater value. Socrates is no doubt the known master of social critic and widely recognized throughout the world because of his immense contributions to the field.

Socrates presented the idea of implementing philosophy in our daily lives because of developing the art of questioning. Socrates encouraged his students to always question the existence in order to get to its core purpose. Democritus is considered as the father of modern philosophy because he was the first person who established the pillars of modern science.

Democritus proposed the idea that all the things consist of the small particles which are called as atoms. He also worked on the subject of the theory of using arms in their defense.

It would be super unethical to compare any philosopher with the other one because each of them has worked harder to create their ideologies and change the mindset of people by helping them understand the meaning of their existence.

Some worked upon the concept of presenting a new thought, some criticized the newer perspective and some just focused on understanding the concept provided by the philosopher’s

For us, all of the philosophers are highly important and we surely respect their work and contribution! 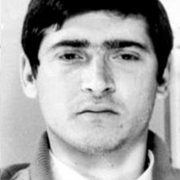 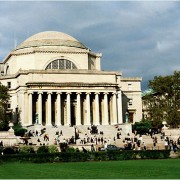 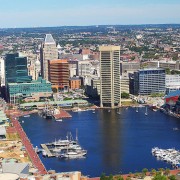